This is Part II of The Amateur Photographer – Barcelona.  In this edition, I’m going to do a few things differently.  You’ll see what I mean.  Enjoy. 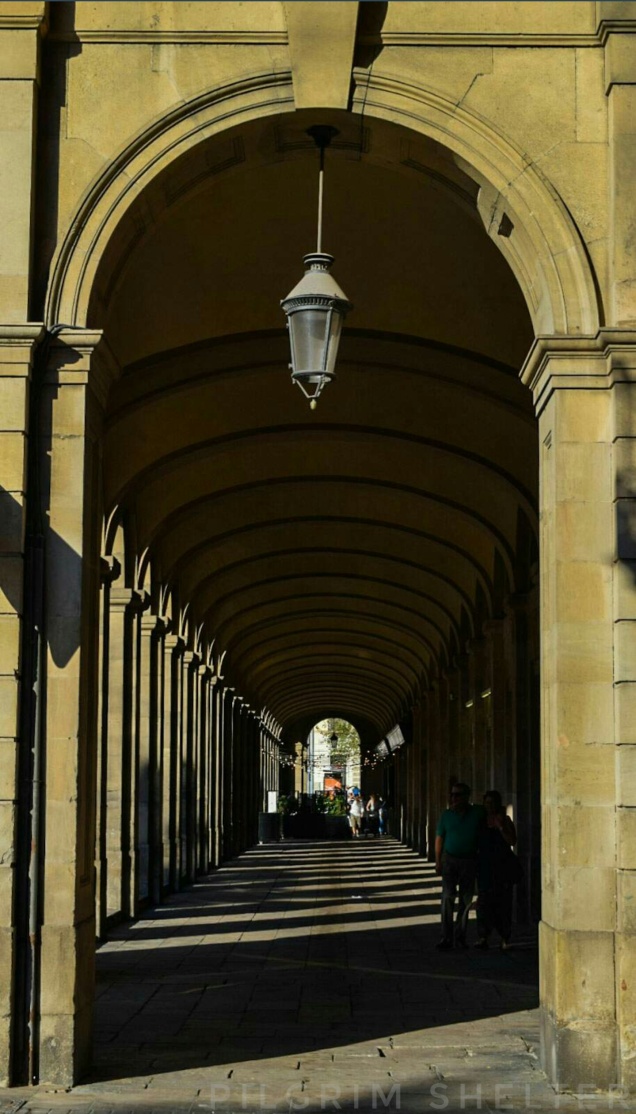 This is the first example of my doing things a little differently here.  Not only do these photos show the same subject, but they are actually the same photo cropped in a different way.  The first, as you can see, includes the top of the arch and the hanging lamp.  You can get a feel for how imposing this structure is.  In the second photo, the top of the arch is cropped out, which places the light coming from the end of the corridor in the center of the frame.

I couldn’t quite decide which of these images I liked more after editing.  I like the first because it includes the lamp and all of the arch, but I also feel that the second photo is more intimate with its size and the viewer’s proximity to the end of the walkway.

As I’ve said a few times in other posts in The Amateur Photographer, I am definitely still learning and growing as a photographer.  One of the ways for me to grow is to admit, in humility, that I don’t have all the answers and that I don’t always know exactly the best way to edit a photo.  As such, I’m posting both.

Both of these photos clearly have the same subjects, though in this case, they are not the same photo.  I couldn’t decide whether I liked black and white or color more, so I’m posting both.

I was struck by the immense contrast between the ladies on the right and the man on the left.  He is not wearing a shirt, but the women could not be covered any more than they are.   All people are deserving dignity due to their humanity, though the way we present ourselves differs greatly, as is clear in these photos. 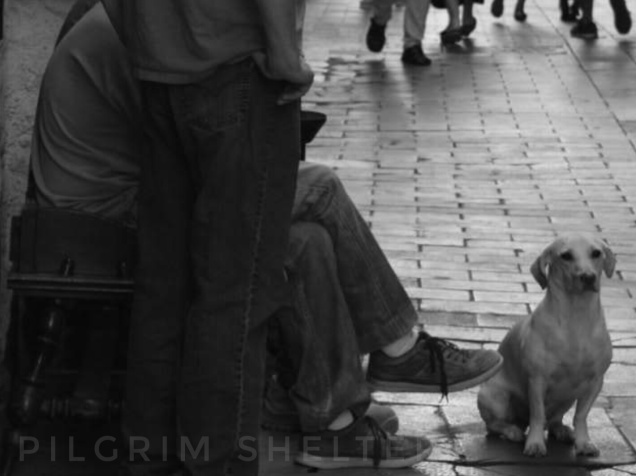 Once again, this is the same photo with differences in editing.  This is more of an example of my thinking as I’m taking photos and editing.  As I was taking the photo, I saw the dog as the most interesting part of the photo, but I didn’t want to exclude the people, so they are in the first photo.  I also like the repetition of squares seen in the grate at the man’s feet and the menu on the top left, as well as the stones on the street.

However, as I looked more at the photo, I was reminded that the dog is still the main subject.  Including the people brings about too much busyness in the background, and this takes too much away from the dog.  I like the effect of all the faces of the humans removed, leaving the dog as the only ‘whole’ subject.  The proximity of the dog to the viewer increases its prominence.  The viewer can more easily see the loyalty and faithfulness on the dog’s face.

These two photos are an example of being fortunate to be in the right place at the right time with a camera.  I sat down on a bench behind this man with my camera in my hand, and, looking up, I had one of the most interesting subjects I’ve ever photographed.  There aren’t many pictures I take that I like immediately, but these are two of them.  Honestly, though, with his skateboard, shoes off, and sweater over his head, he made it easy to take these photos.

I hope you enjoyed Part II of The Amateur Photographer – Barcelona.  If you feel so inclined, please leave your comments here or in an email  – PilgrimShelterBlog@gmail.com

One thought on “The Amateur Photographer – Barcelona (Part II)”