The Camino de Santiago is an instrumental part, not just of my journey, but of who I am as a person.  If someone truly wanted to understand me and why I see the world the way I do, he or she would have to understand the Camino and the impact it had on me.

At this point, I’ve spent nearly 3 months of my life on 3 different routes of the Camino, spread out over a period of 15 months.

For those of you who may not know about the Camino de Santiago, it is an ancient pilgrimage to the city of Santiago de Compostela in northwest Spain.  People began walking to the tomb of St. James (Santiago) sometime in the 9th century AD as a form of religious devotion.  Most would leave their homes and simply begin walking.  One of the most famous ancient people to make this journey is St. Francis of Assisi.

In the modern day, peregrinos (pilgrims) who make this journey wake up each morning and begin to walk.  Each day, I would wake up around 6:30 or 7 in an albergue (pilgrim hostel).  I packed my things into my backpack and began walking, following painted yellow arrows.  In 2014, I averaged about 25 km (15 miles) per day.  I took breaks to eat, drink, sit, or write at various times throughout each day before ultimately stopping in a city or town for the night.  After I found an albergue with an available bed, most nights I took a shower, washed my clothes, and relaxed before dinner.  Nights on the Camino are often very social, with drinks and dinners in a group.  I usually tried to write a bit in my journal before going to bed around 10 pm.  Then, it was up the next morning to do the same. 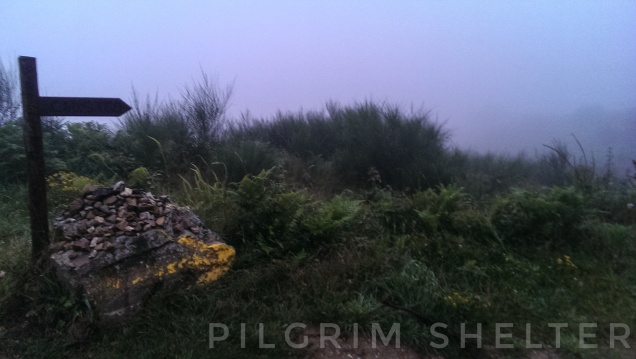 It might sound dull, but that is far from the reality.  Beautiful scenery.  In-depth conversations.  The physical demands of walking 25 km/day for 30+ days in a row with a backpack.  Lots of time for personal reflection.   Blisters.  Sleeping in different beds in different locations every night.  Meeting people from all over.  It’s anything but boring.

These are the basics of what the Camino is, but this merely scratches the surface.  There is so much more to say.

I’ve wanted for some time to write about the Camino.  Truly explaining the Camino and its influence, though, is no small feat.  When I got back from my first Camino in August 2014, many people would ask me, “How was your trip?”  I know they meant well, and I ultimately came up with a boilerplate response to this query.  However, it was wildly inadequate to describe the incredible experience I had.  With those who asked and wanted to know about my time on the Camino, I joked that I could tell them exactly how it was, but to do that, it would take about five weeks, and we’d have to go to Spain.  That is, to understand fully, those people would have to undertake it for themselves.

There are times, while going about my day, a memory from the Camino will suddenly pop into my mind.  When this happens, it’s bittersweet.  On the one hand, I’m glad because it was such a positive and impactful event.  I’ll happily let the memory fill my mind.   Yet there’s usually a hint of sadness in this reflection because I’m not currently there.  These are merely memories and, while they are not so distant at this point in my life, they become so with each passing day.  It’s still hard for me to believe that my first Camino was nearly three years ago.

Even though it’s been three years, with two other trips to Europe in between, I am still learning lessons and reflecting on what happened during those 34 days in July and August of 2014.  There is a saying among pilgrims that the real Camino begins once a peregrino returns home.  It’s there, upon getting back into ‘normal life,’ that the lessons and memories will settle in and become concrete (or not).  It’s easy to get caught up in the excitement of the journey while one is partaking in it; what happens after is the true litmus test of whether the change was real.

Much of what I experienced did stay with me.  I grew a lot.  I got a taste for adventure and a desire to try new things.  I saw that the world is so much bigger than I had previously realized.  And I definitely caught the travel bug.

Rather than trying to encapsulate the whole of the Camino in a single post, which would be impossible, I wanted to give an overview.  In future posts, I plan on touching on individual stories and memories from the Camino that highlight various aspects of the journey in a continuing series called “Camino Vignettes”.  Stay tuned.

4 thoughts on “The Road to Santiago”